HomeBlogHOW TO CHOOSE THE RIGHT ENGINE

Choosing a car to buy can be a very difficult and tedious decision, with the number of options, available in brands, colours, models, engine and sizes etc.

Despite having a budget which narrows your options it is still a very difficult and time-consuming task. Among this, a question often arises about what size engine you should choose. Quintessentially the 4 main engine sizes that are available are the I4, I6, V6, V8. To understand which engine is right for you, you first need to understand what makes them different.

The main difference between the types of engine is the number of cylinders it contains. Therefore, as the name suggests an I4 or V4 will have 4 cylinders whereas a V6 would essentially have 6. 4-cylinder engines usually come in 'straight' or 'inline' configurations while 6-cylinder engines are usually configured in the more compact 'V' shape.

These cylinders make up the most important part of the vehicle's engine, the overall performance of the engine is based on these cylinders. Inside each cylinder is a piston, which pumps in order to turn the crankshaft which in turn propels combustion. Hence higher the number the cylinder within the engine faster the generation of power for the vehicle.

However, more cylinders also mean higher requirement of gasoline to make combustion necessary in order to drive the vehicle. Thus, making the vehicle less efficient. It is fundamentally a battle between power and efficiency.

Most cars are usually powered by 4-6-cylinder engine whereas trucks usually use 6-8-cylinder engines. V6 engines are common among America automakers as they are both powerful and quiet. Japanese makers, however, prefer the V4 cylinders due to the turbocharging technologies which have made V4 cars more powerful. V4 vehicles also have a higher centre of gravity and rigidity than both the V6 and V8 engines. In addition, its lightweight feature helps make drives much smoother. [Note: The tips are powered by the trusted BWM Service Dubai Center, United Arab Emirates]

V6, on the other hand, has also seen an increase in usage as it provides a comfortable balance between the two ie.V4 and V8 engines. It is perfect for people who don’t want vehicles which consume a lot of gas but still want some power in them.

V8 engines, although common in trucks due to their high power, are also found in many of the aspirational cars. This type is especially attractive to customers looking for high-speed cars. It is also costlier to buy and maintain than the V6 engines.

Although through the years the differences among the types have lessened there is still a significant number of differences among them. Therefore, while deciding between the various engines, it is important to consider your own driving habits, budget and the overall purpose of the vehicle. [Note: BMW Service Dubai Center thanks you spending your precious time here to read this blog]

Rolls Royce’s most successful model in history has just got a new addition. While the British automakers have adopted ...

The much anticipated and highly awaited preview of the new Nissan Z Proto is here. The first Z-car in over a decade is a... 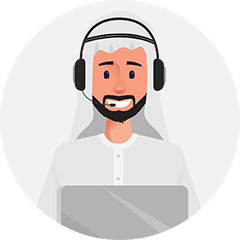